Before posting a ban appeal make sure to take a look at the points mentioned below.
Be sure to post valid screenshots and video, Chatlogs won't count as valid proof since they can be altered with ease.
When posting your screenshot of the GTA-SA directory be sure to include the date modified tag within the screenshot, We do not accept the date modified tag being captured separately.
If you are not involved in the appeal you can not post anything or you will face the consequences with or without a warning, If you have anything to add you can PM the Head of Ban Appeals(Lance Wilson) about the appeal. The parties that can post in the appeal are.
The person making the appeal.
The administrator/staff who banned him.
The Head of Unban Appeals.
Lying in an appeal can result in a permanent ban with little/no chance of unban, Be sure to always post valid information.
You can not post another appeal before the specified date unless approved by the head of unban appeals, If you were permanently banned from posting one you may PM(Issac) about posting another one.
You must post a single appeal per person, You can not post multiple appeals for multiple characters otherwise it will be an auto denial of the appeal.
Insults and toxic behavior in general are not tolerated in an appeal even of the administrator/staff banned you without your wrongdoing.
Do not contact administrators via PM or on any other VOIP servers about unbanning the player, It would only extend the ban period.
Petty reasons like" It was my brother, My friend installed them, I did not know about that" won't work anymore, IF you get banned and made an appeal with this reason its an auto denial of the application
If you get caught hacking more than a single time it is without any hesitation a permanent ban with no chance of appealing back. 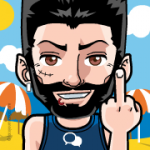